PRESS RELEASE 26 February 2016 – The New Vantaankoski idea competition for a future business campus will continue until 29 February. The first entries have already been submitted, says Jouko Pöyhönen, the jury chairman.

New Vantaankoski is an open idea and concept competition for the future business campus in the Vantaankoski area. ”We expect ideas that are different and innovative. The Vantaankoski area boasts unique opportunities from both the national and international perspectives. The area is located alongside the Ring Rail Line at the intersection of Ring Road III and the Tampere Motorway, close to Helsinki-Vantaa Airport,” says jury chairman Jouko Pöyhönen from SRV.

There are currently around 3600 jobs in the Vantaankoski area. The idea competition is also seeking solutions for how this figure can be doubled.

”Well-known Finnish and international companies have business locations in Vantaankoski. The competition is seeking ideas for how to build ecosystems and create new jobs around them. This synergy would benefit both growing companies and established large players.”

A design competition that welcomes entries from those in the humanities

”We’re expecting ideas from not only engineers, start-up entrepreneurs and top architects, but also from people in the humanities. We want to see what the working environment of the future will be like, how to best enhance occupational wellbeing and how to energise interaction between companies,” says Jouko Pöyhönen.

The competition organisers believe that improving occupational wellbeing and stepping up interaction between companies will spur growth.

”The new future business campus concept could be a remedy to stimulate the growth of the Finnish economy,” says Pöyhönen.

The New Vantaankoski competition is being organised by SRV Group Plc and Sanoma Corporation, which both own land in the area. The City of Vantaa is on the jury and provides information for the competition within the framework of its own development projects. VTT assists the organisers as an expert.

The competition results will be announced in April 2016.

Zoning and other technical questions: 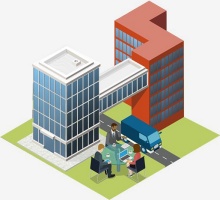 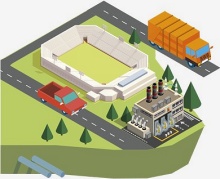 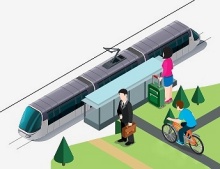